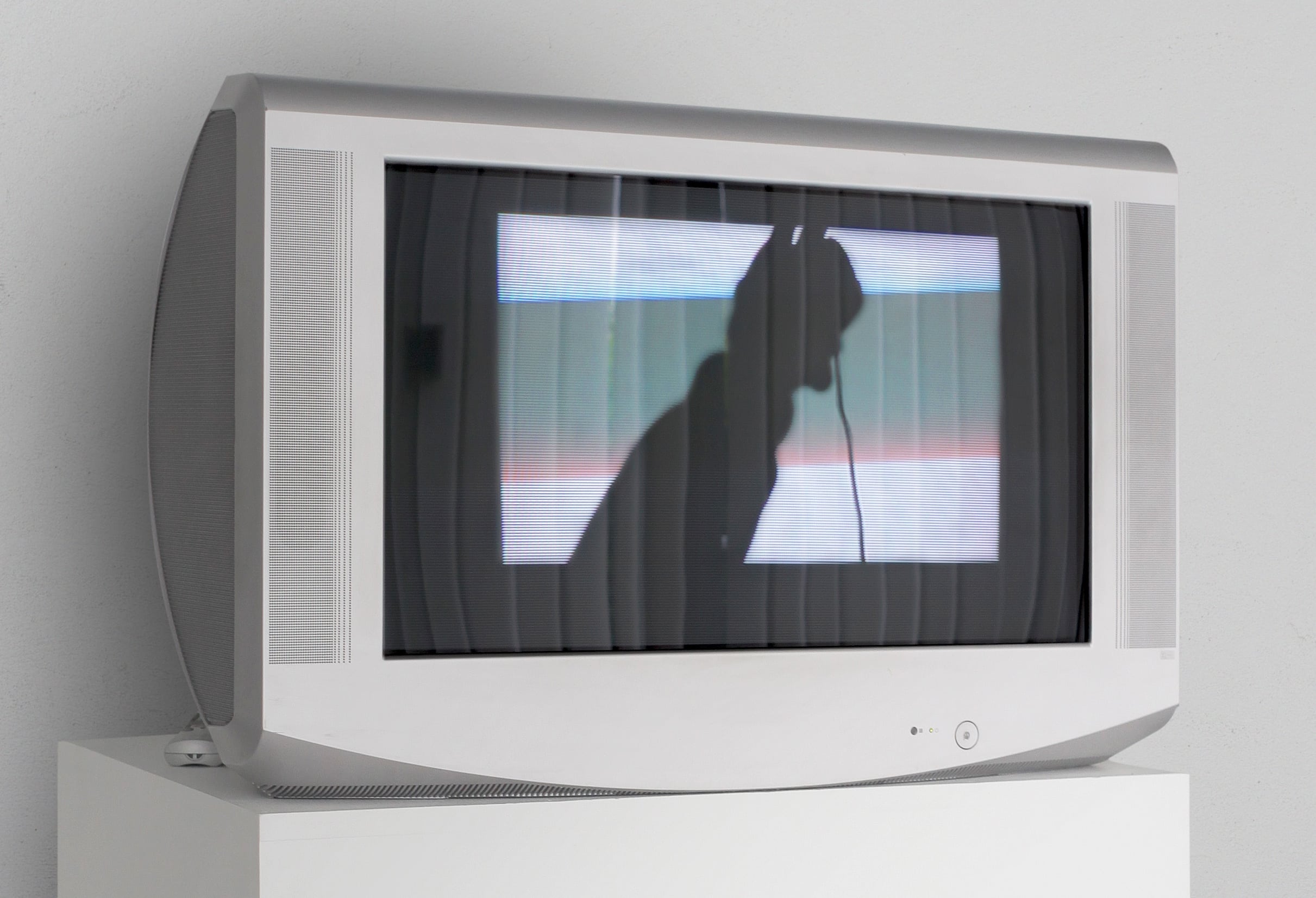 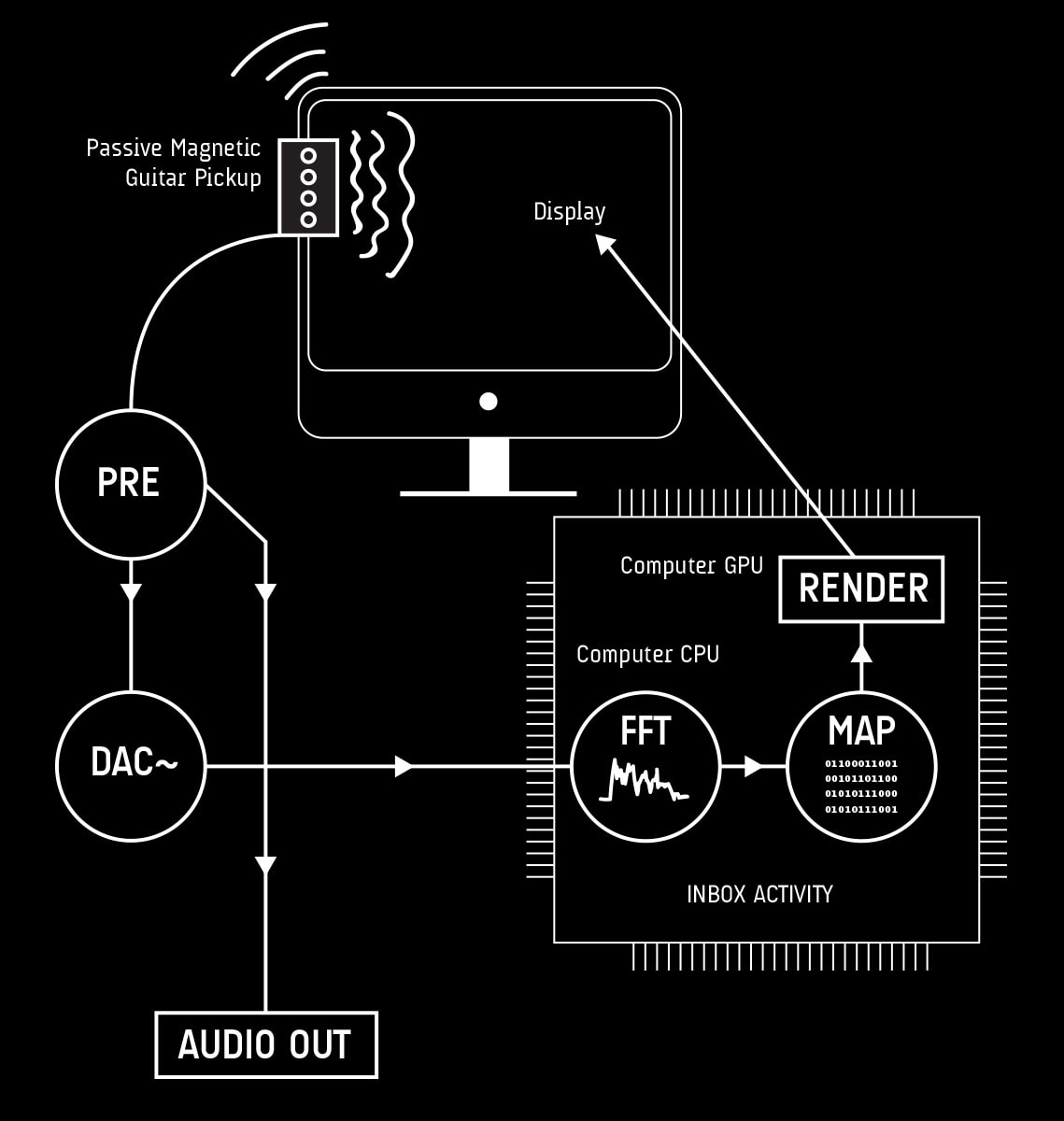 An electromagnetic pickup is disposed near a computer. The received sound signal is the result of the electrical excitation of computer components. This sound is sent simultaneously to the same computer that translates this signal in pixels. Then, this translation modulate infinitly the picked up sound by the microphones, such an electrical activity feedback.
Recursions is a plastic process that invokes itself loop result. Here is also an operation of “torture” for the machine, since the presence of such a device nearby components can irreversibly damage the computer.