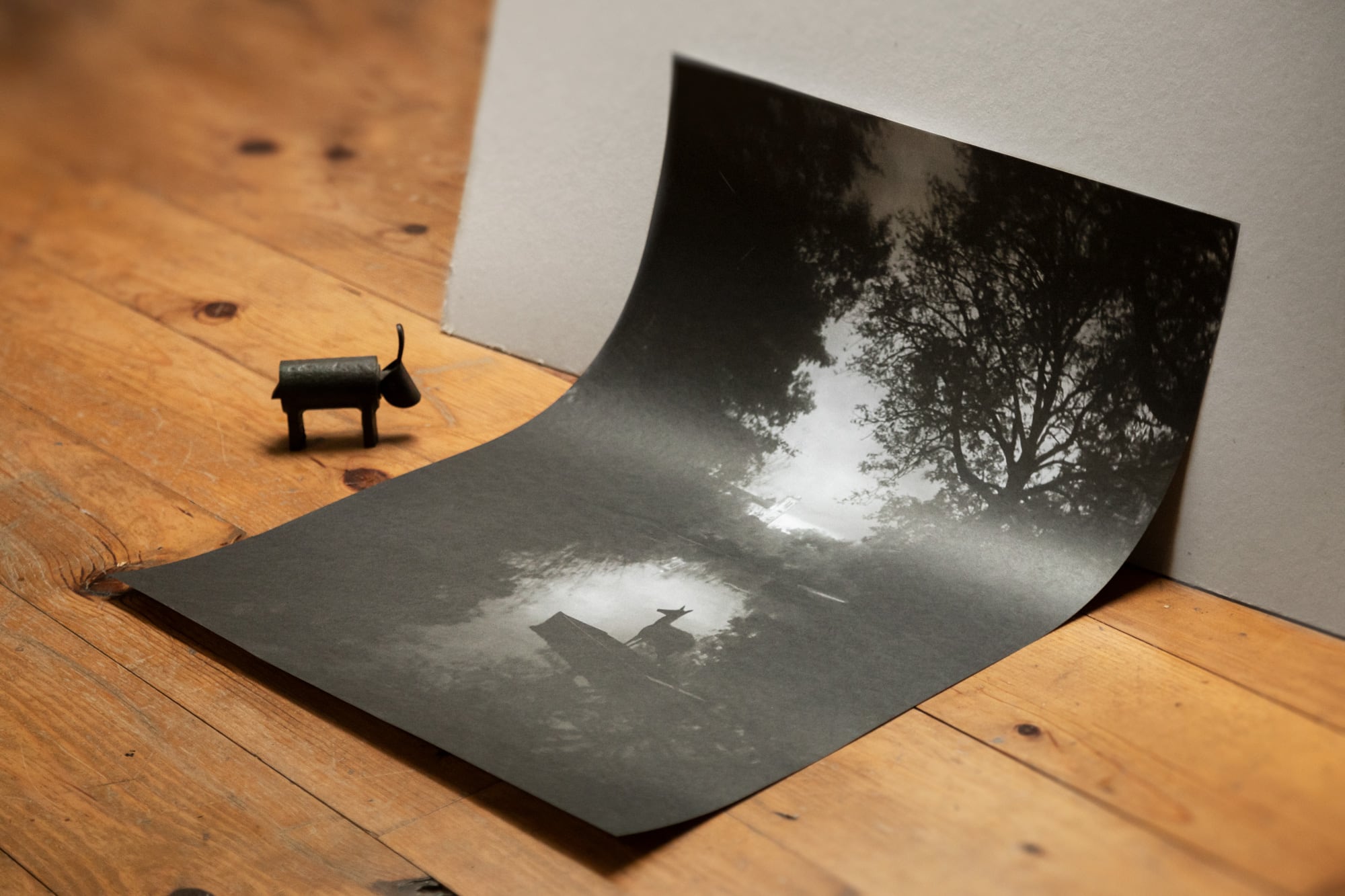 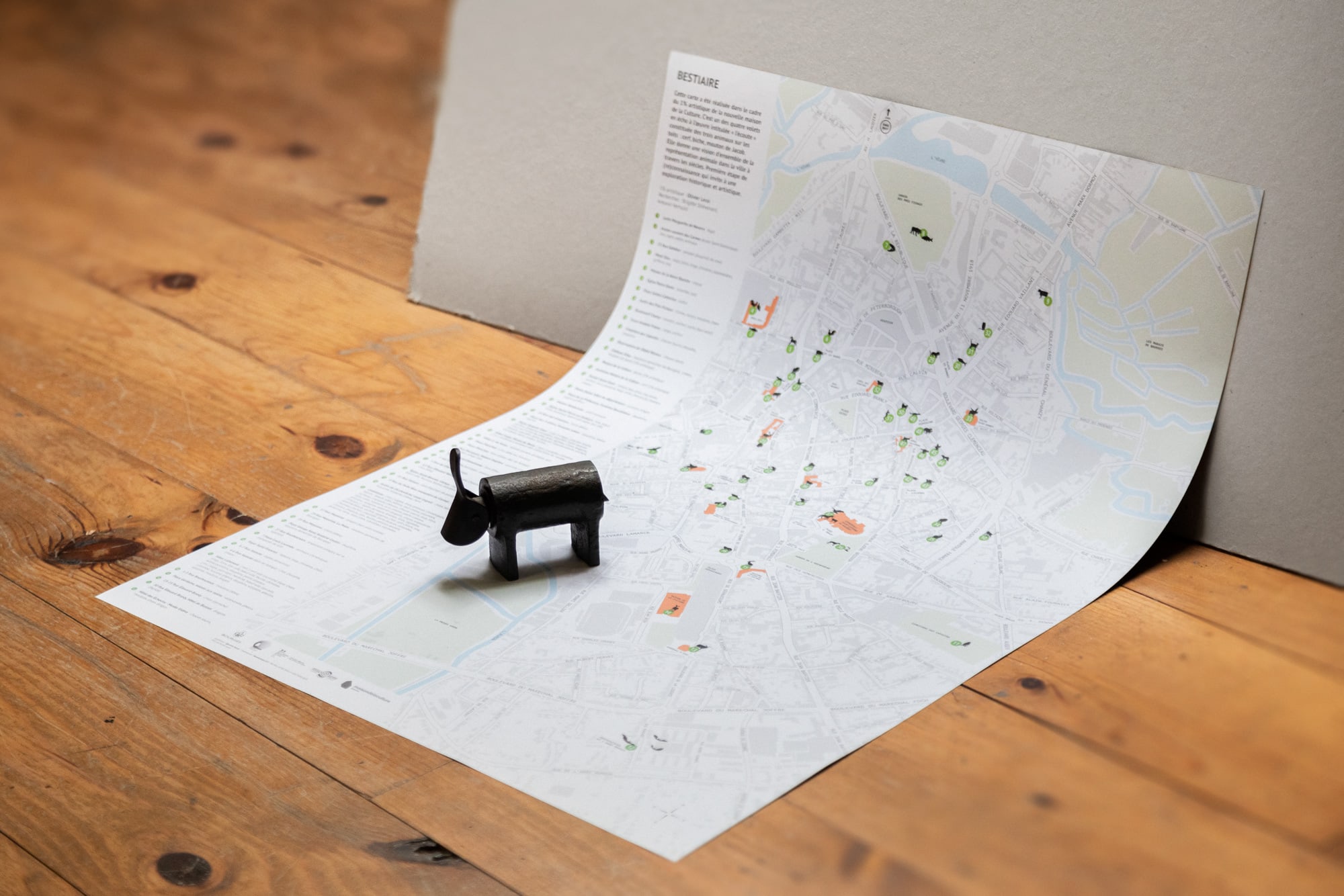 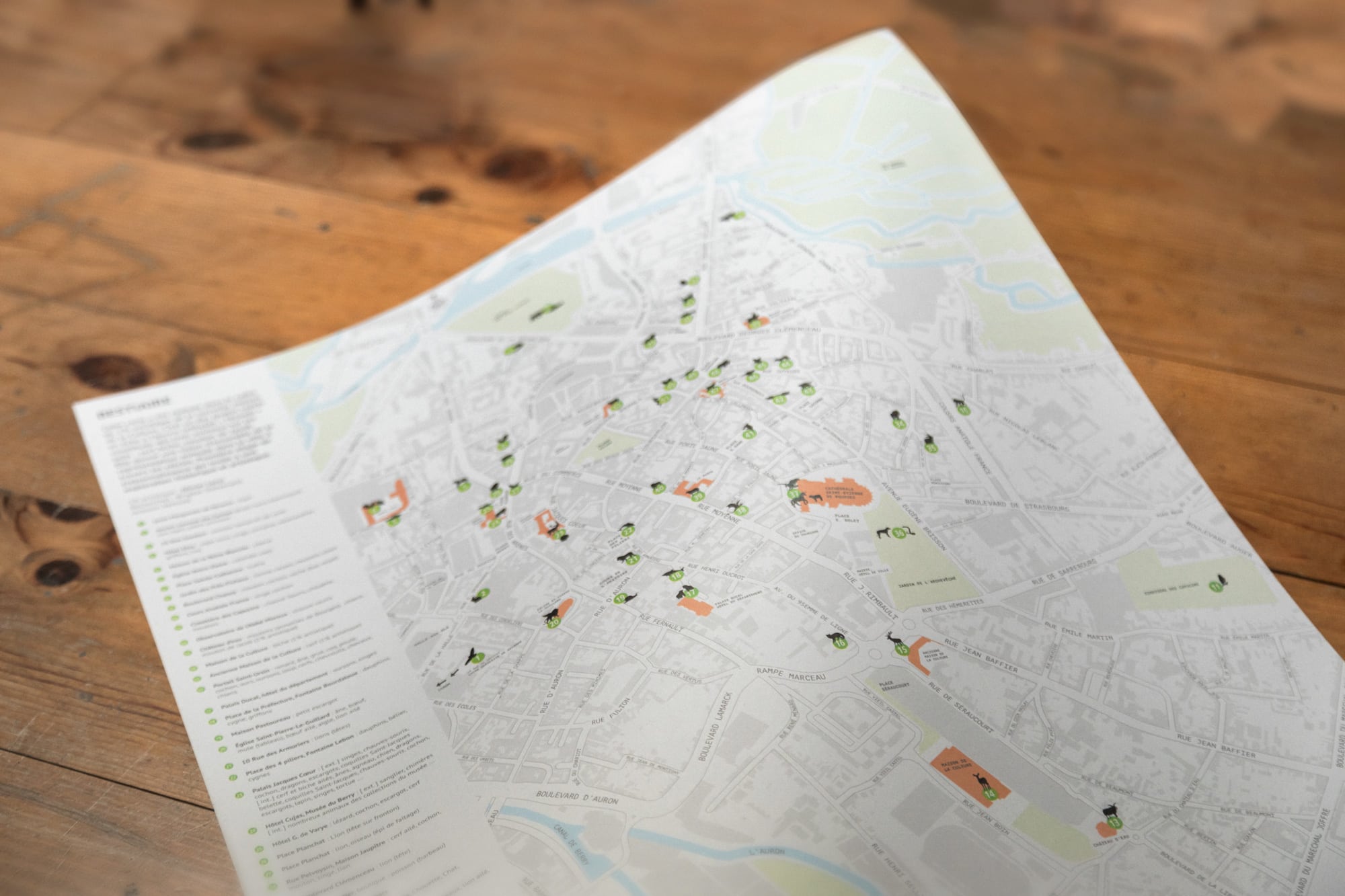 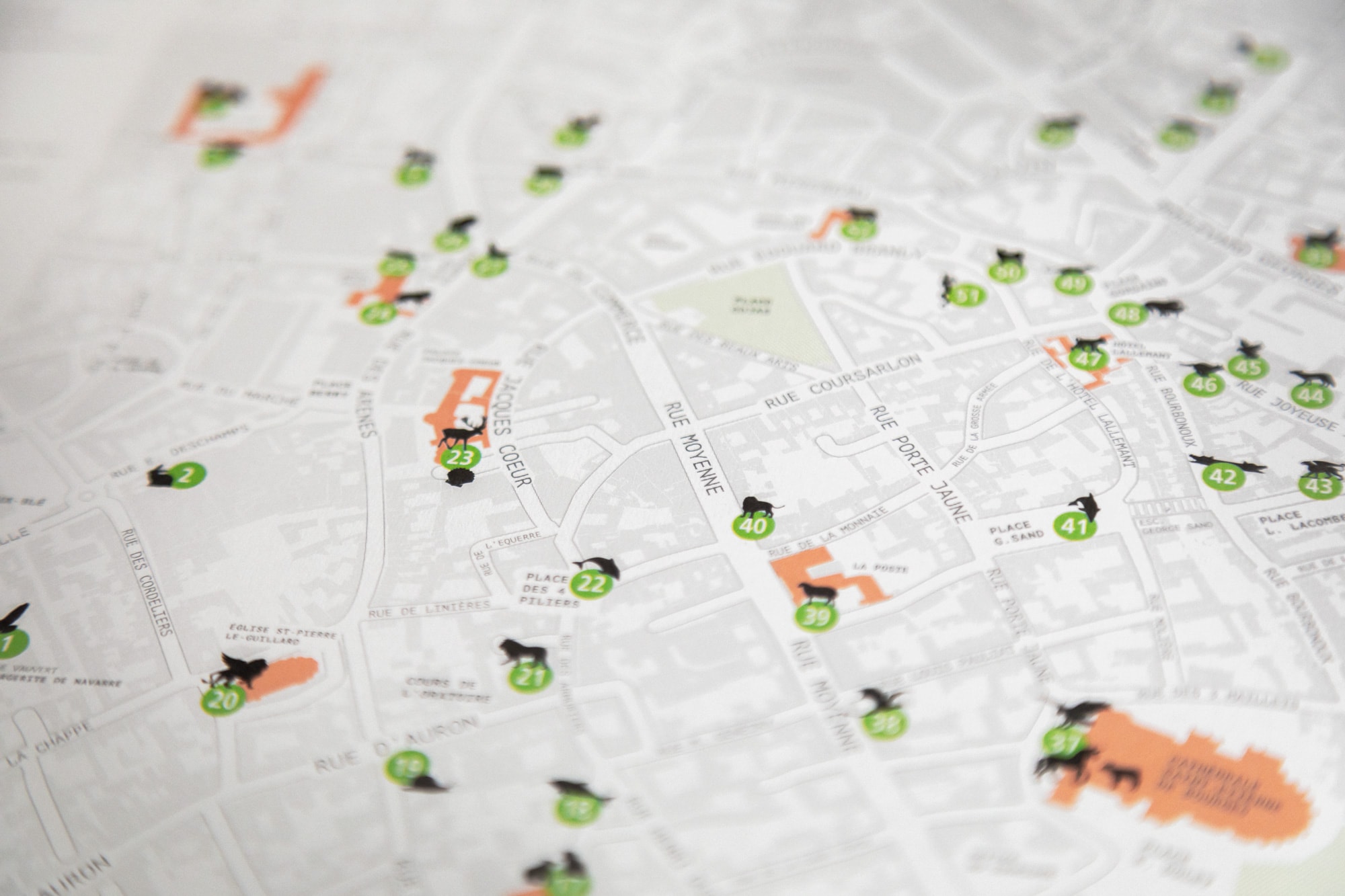 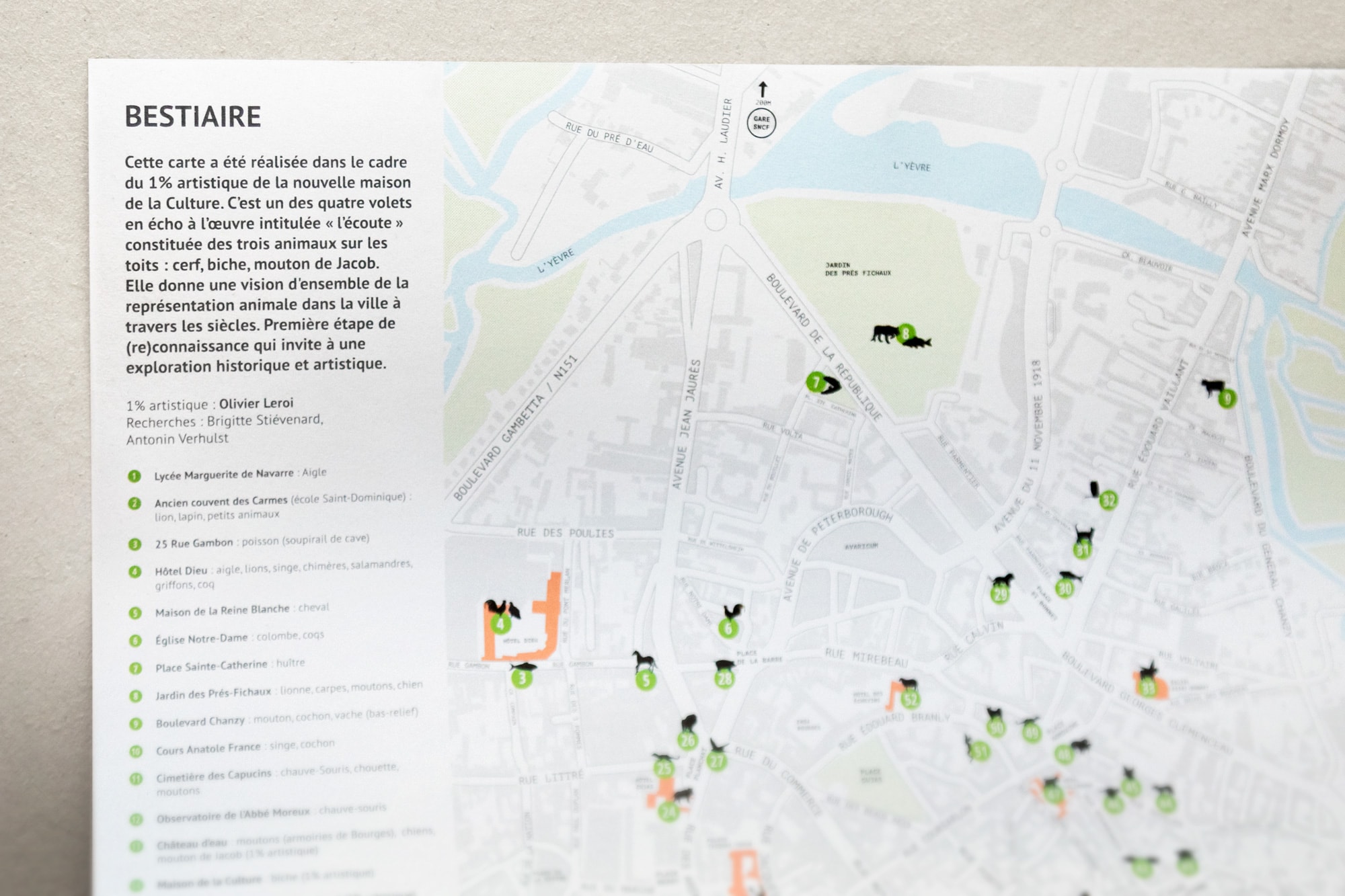 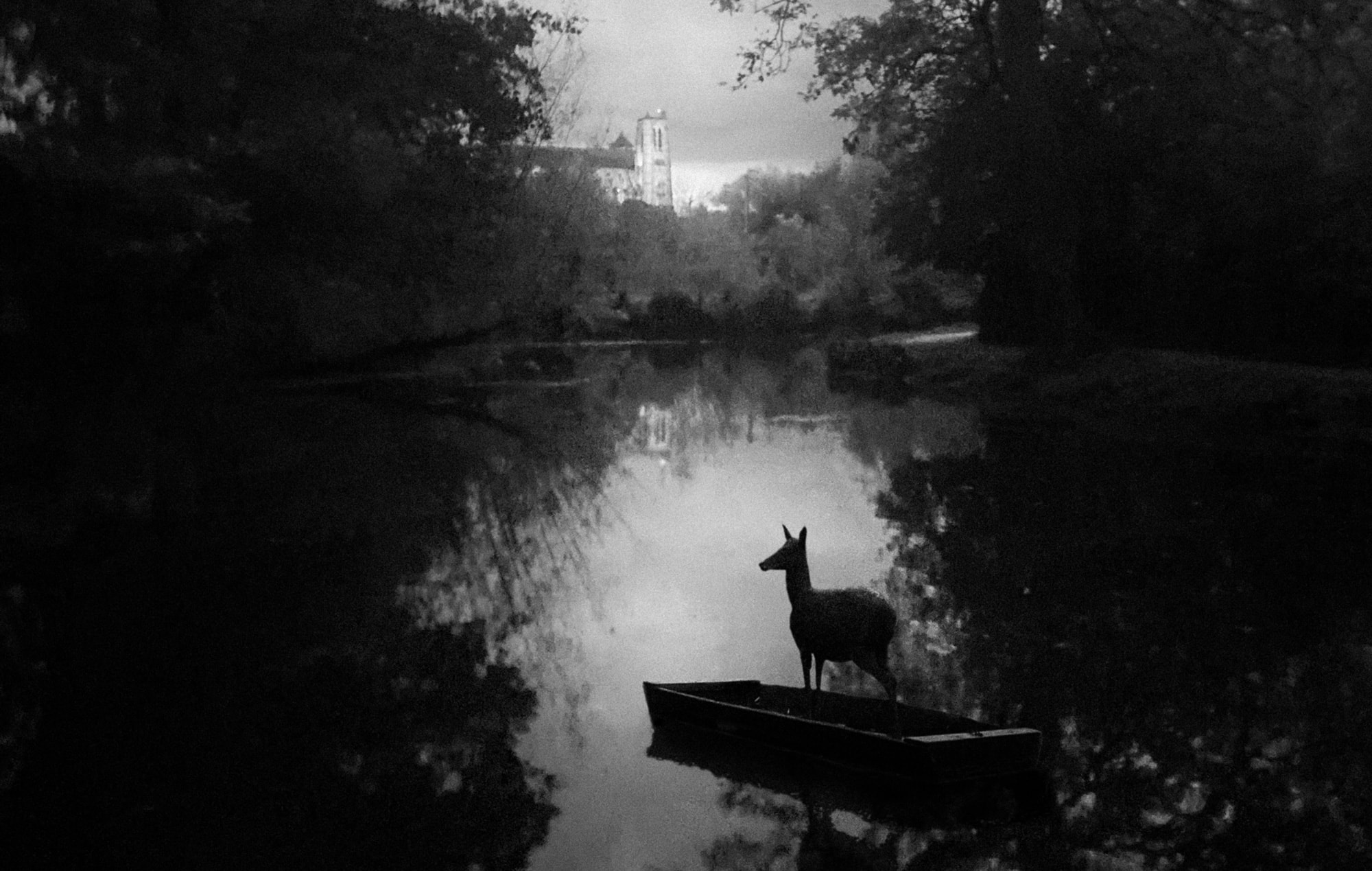 Graphic design, photography, and realization of a poster-map of the city of Bourges within a larger project led by the artist Olivier Leroi.

Bestiaire is the combination of a photograph and a map freely available in public places in the city. The elements listed relate to the animal presence in the architecture of the city of Bourges, inviting the walker to flush out these representations and / or animal apparitions in the streets of the city.

The project was conducted and financed in the context of the 1% artistic of the new Maison de la Culture (MCB) of Bourges (inauguration 2021).

_
CMYK offset printing.
With the help of The City of Bourges and the House of Culture of Bourges (Maison de la Culture de Bourges, MCB).