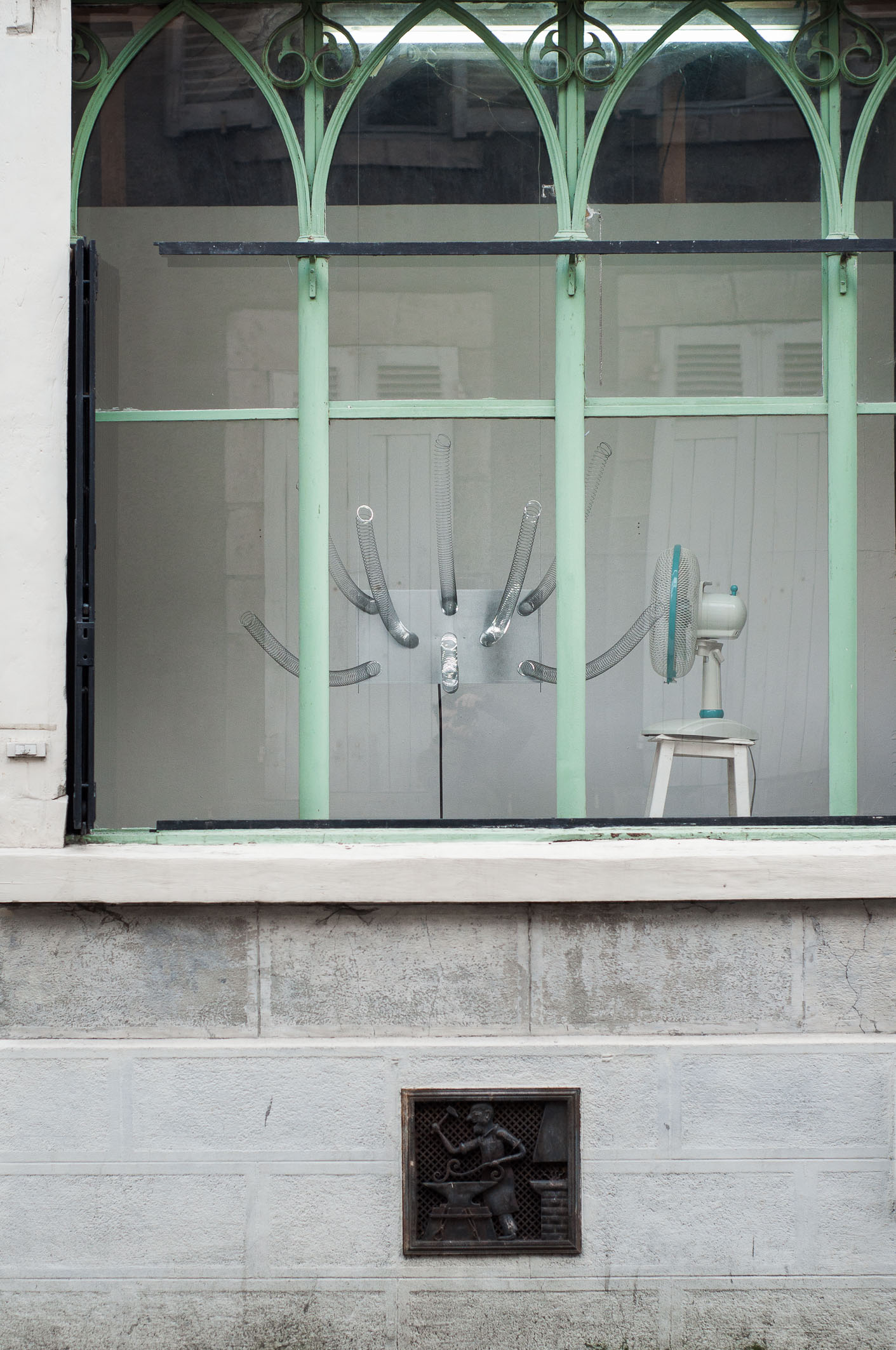 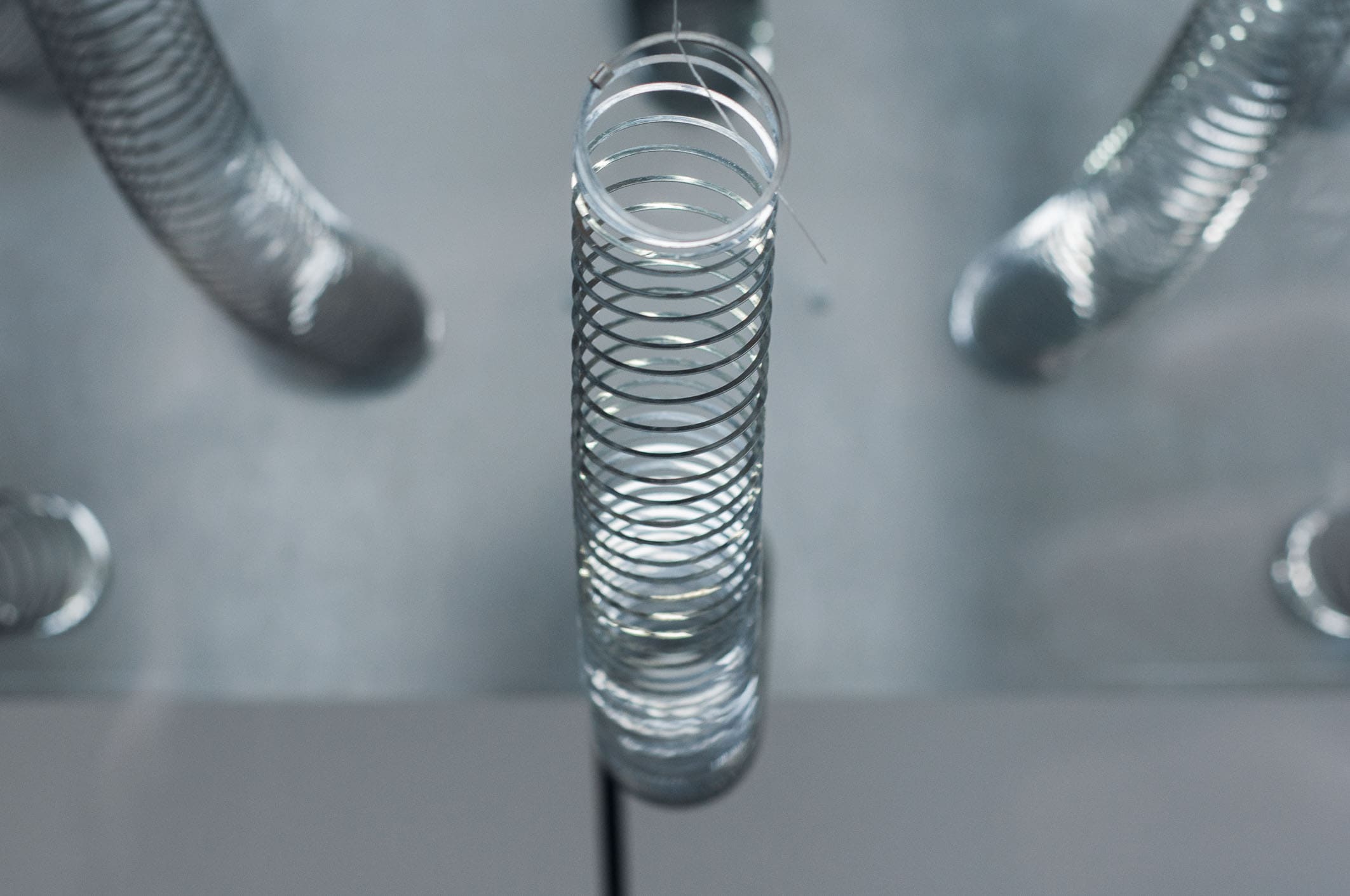 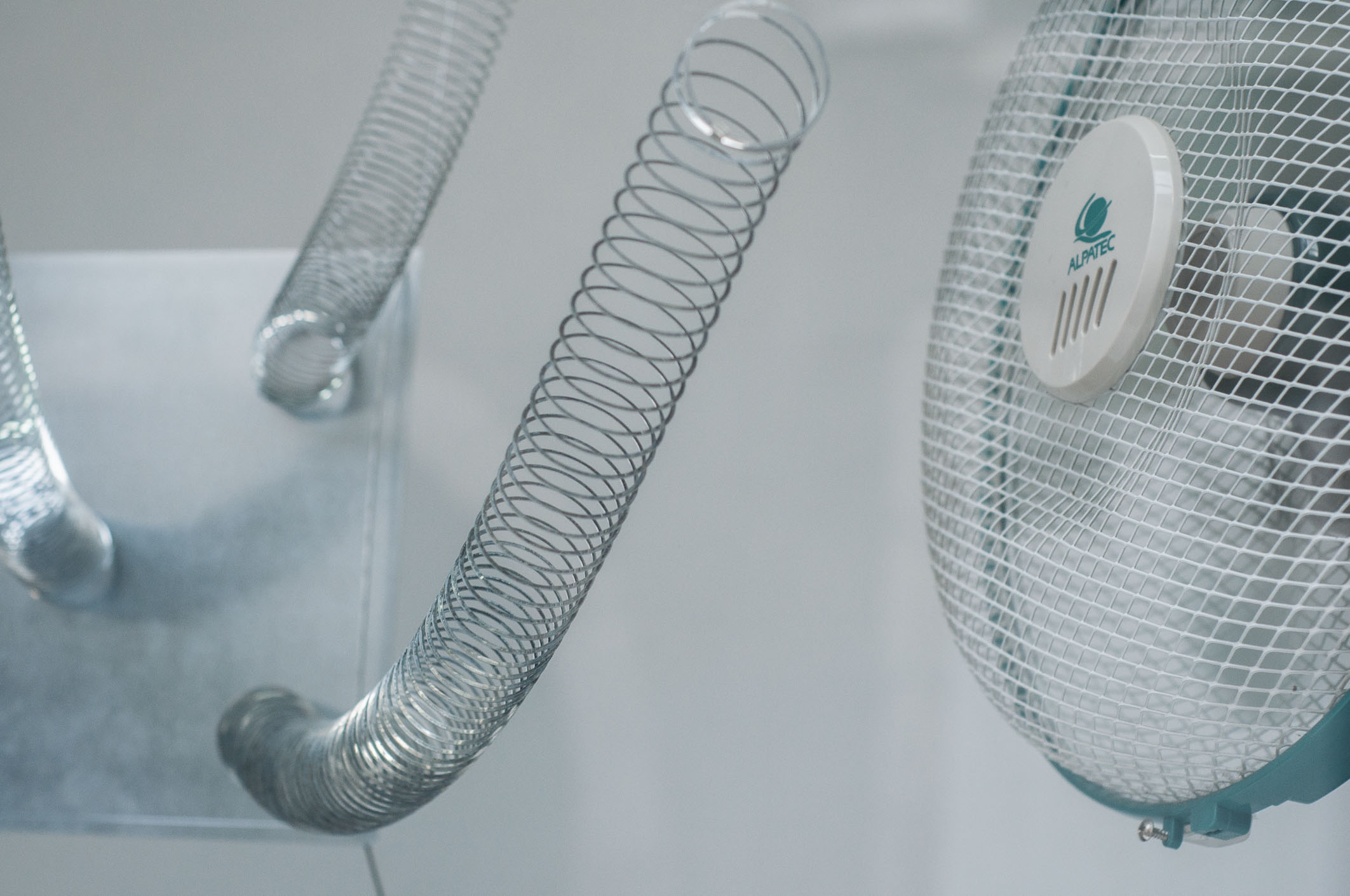 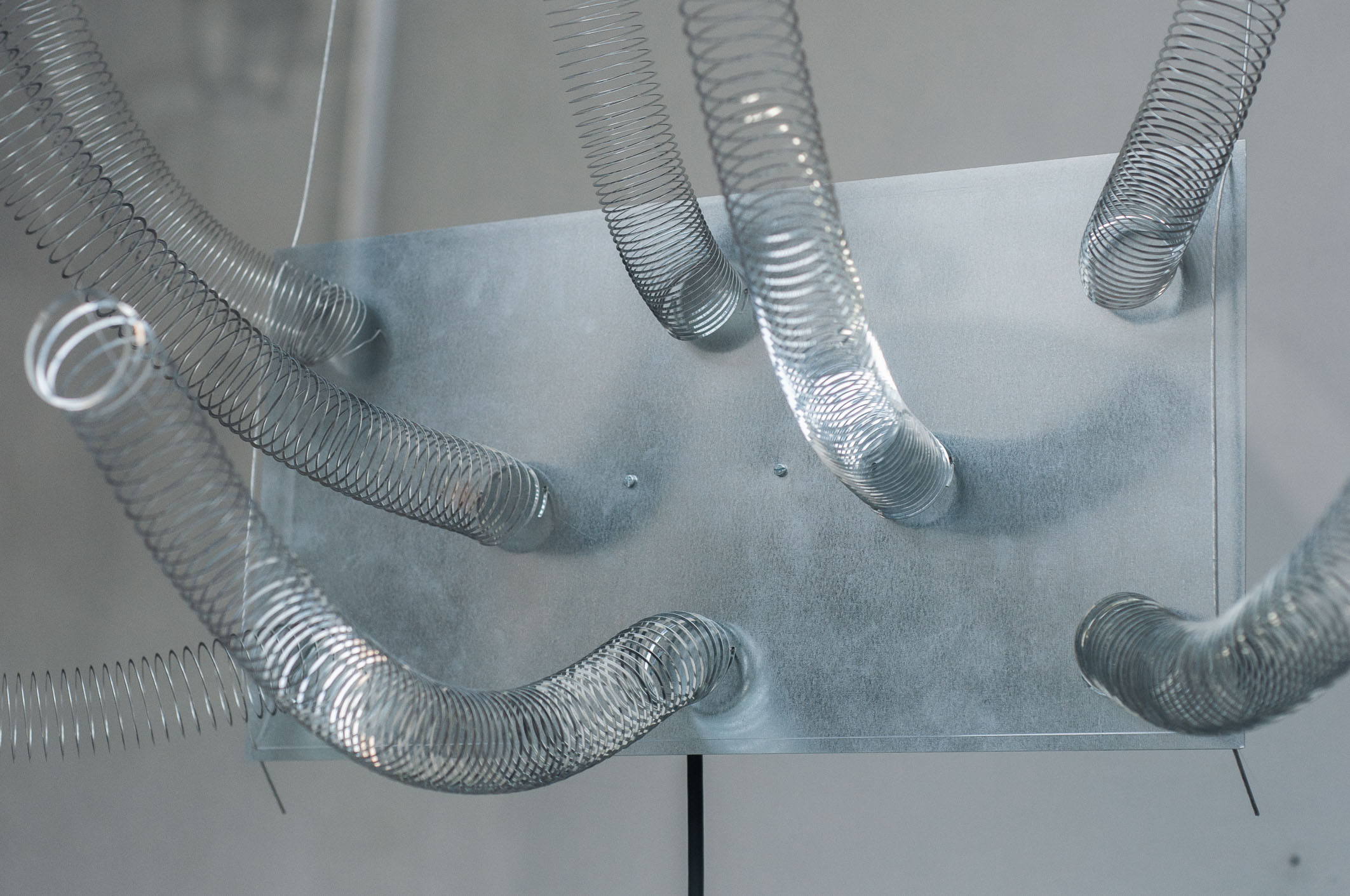 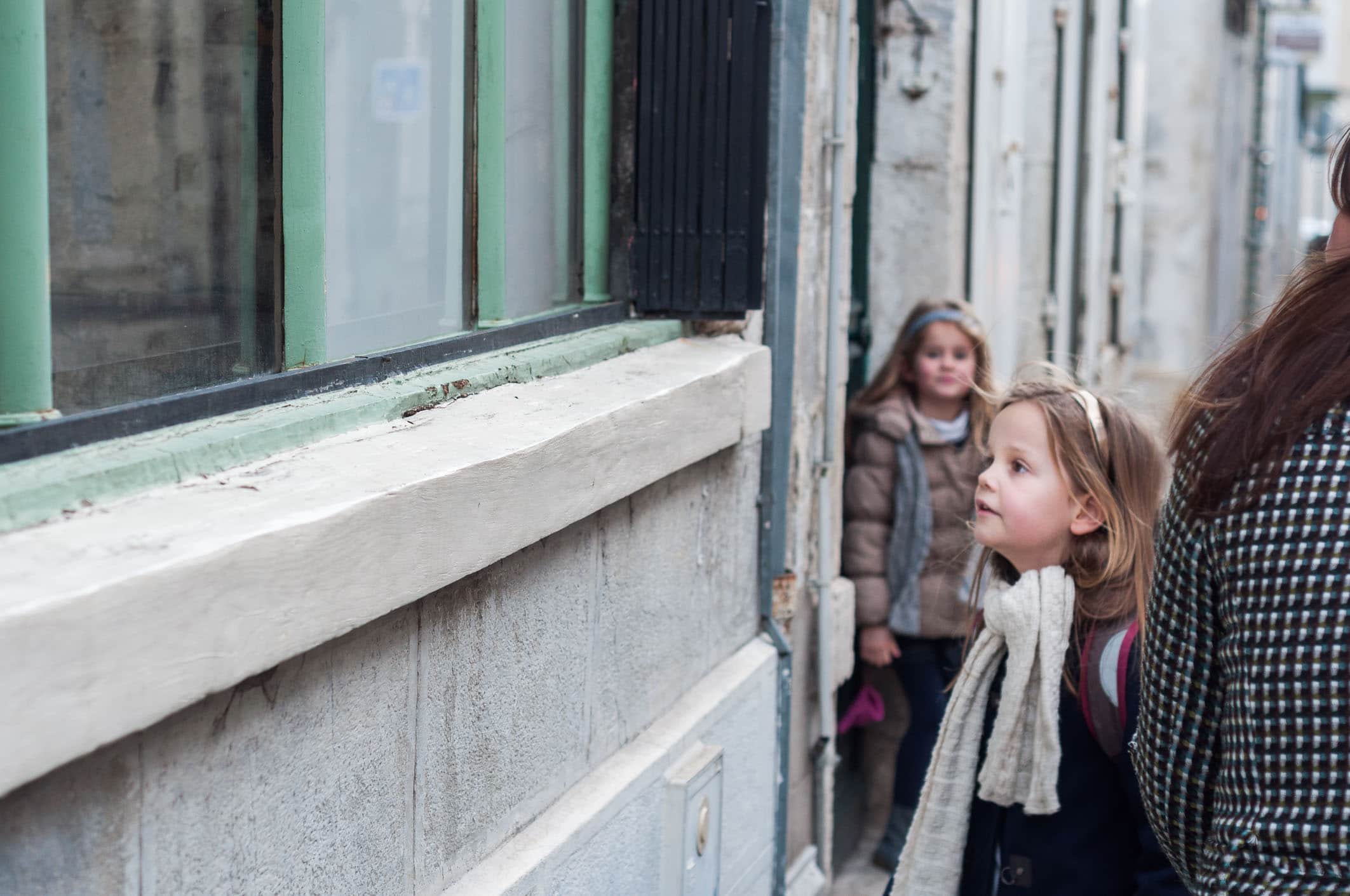 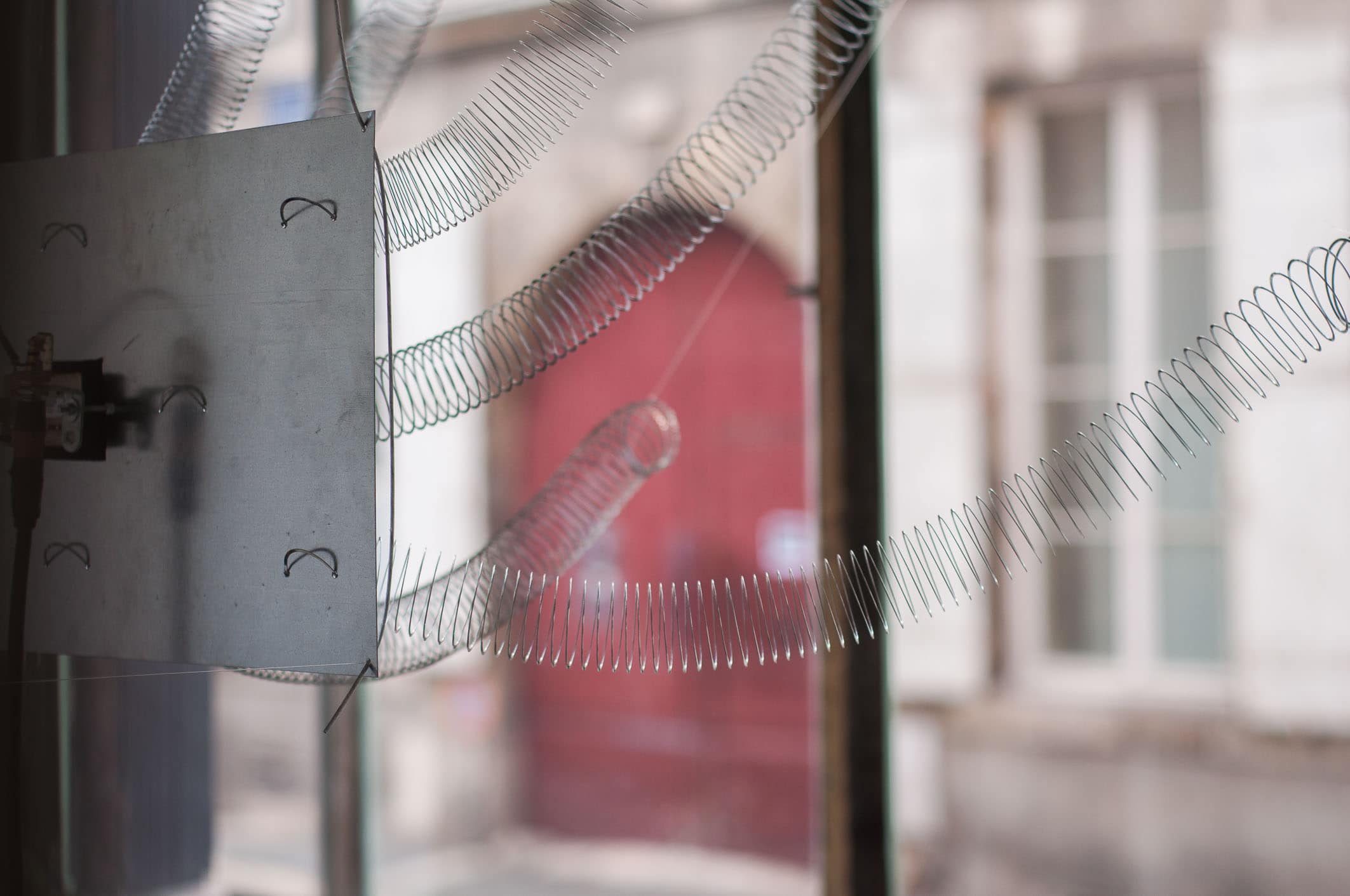 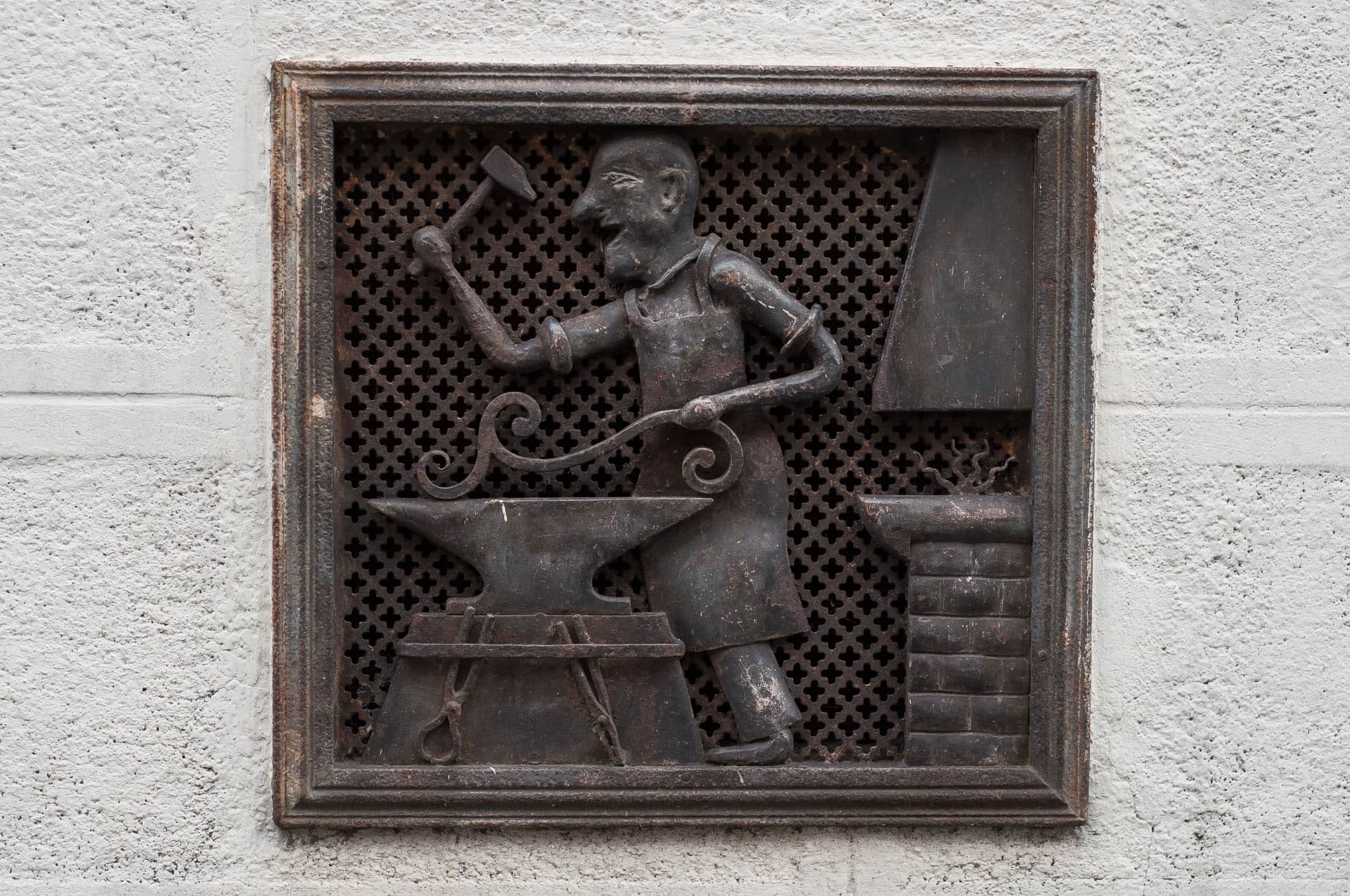 The goal is to propose the street hearing of a sound activity captured behind a window. The device tends to highlight the coexistence between the closed space and the urban outdoor environment.

A rotating fan and a suspended metal frame – consisting of eight springs mounted on a steel plate – give the project its visible form.
As the wind direction, the structure trembles, quivers and shakes. The resonances are detected by a magnetic microphone referring further amplified signal. The resulting sound is broadcast from the basement through the basement window facing the street.

The experience tends to initially direct the people attention to a sound object they see but does not hear directly. The amplified sound reaches it via a detour and go out through where the sight isn’t laid down instinctively. The correlation between simultaneous vision and hearing then reveals the existence of invisible and inaccessible space through which the sound passes.