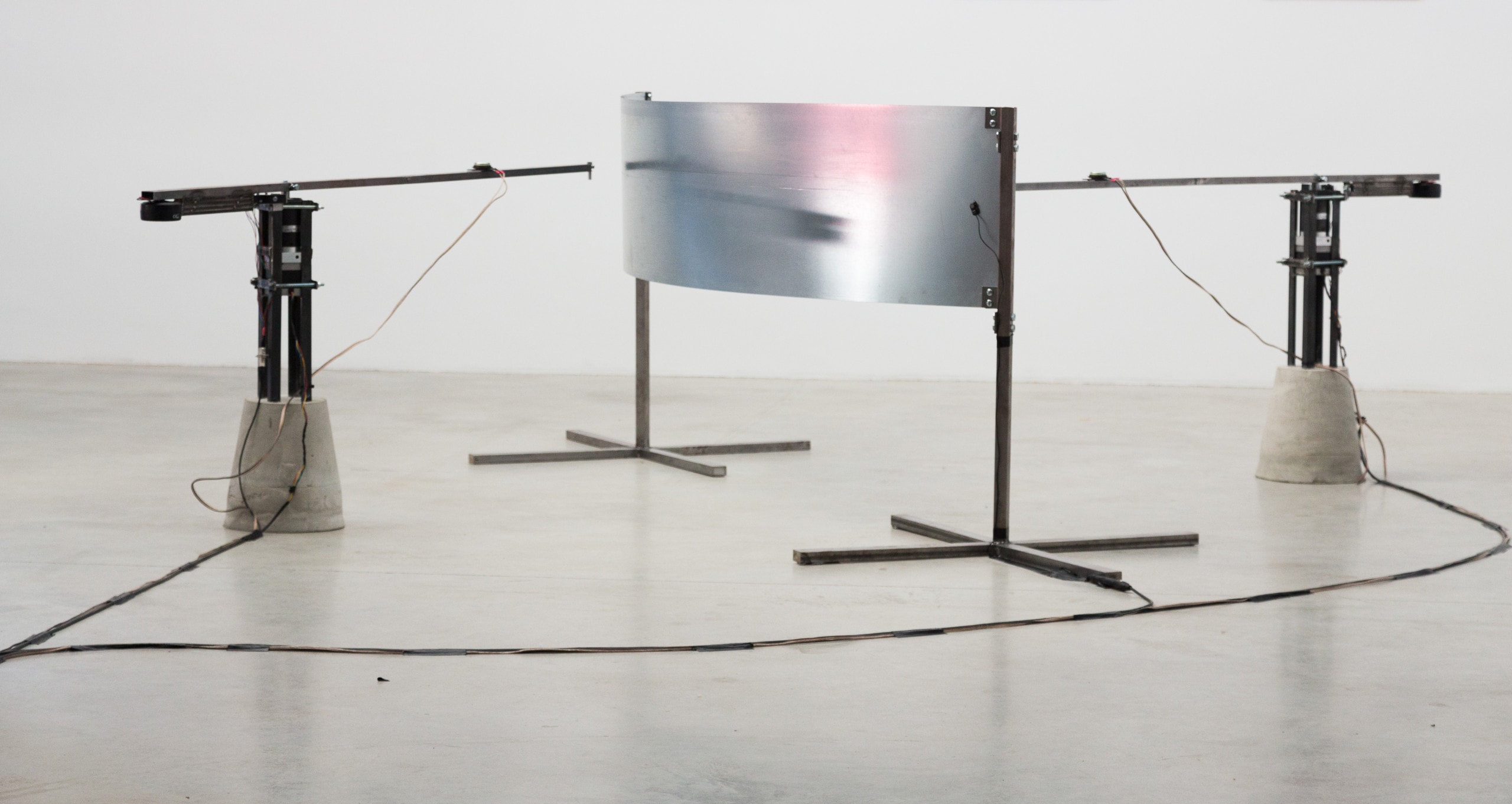 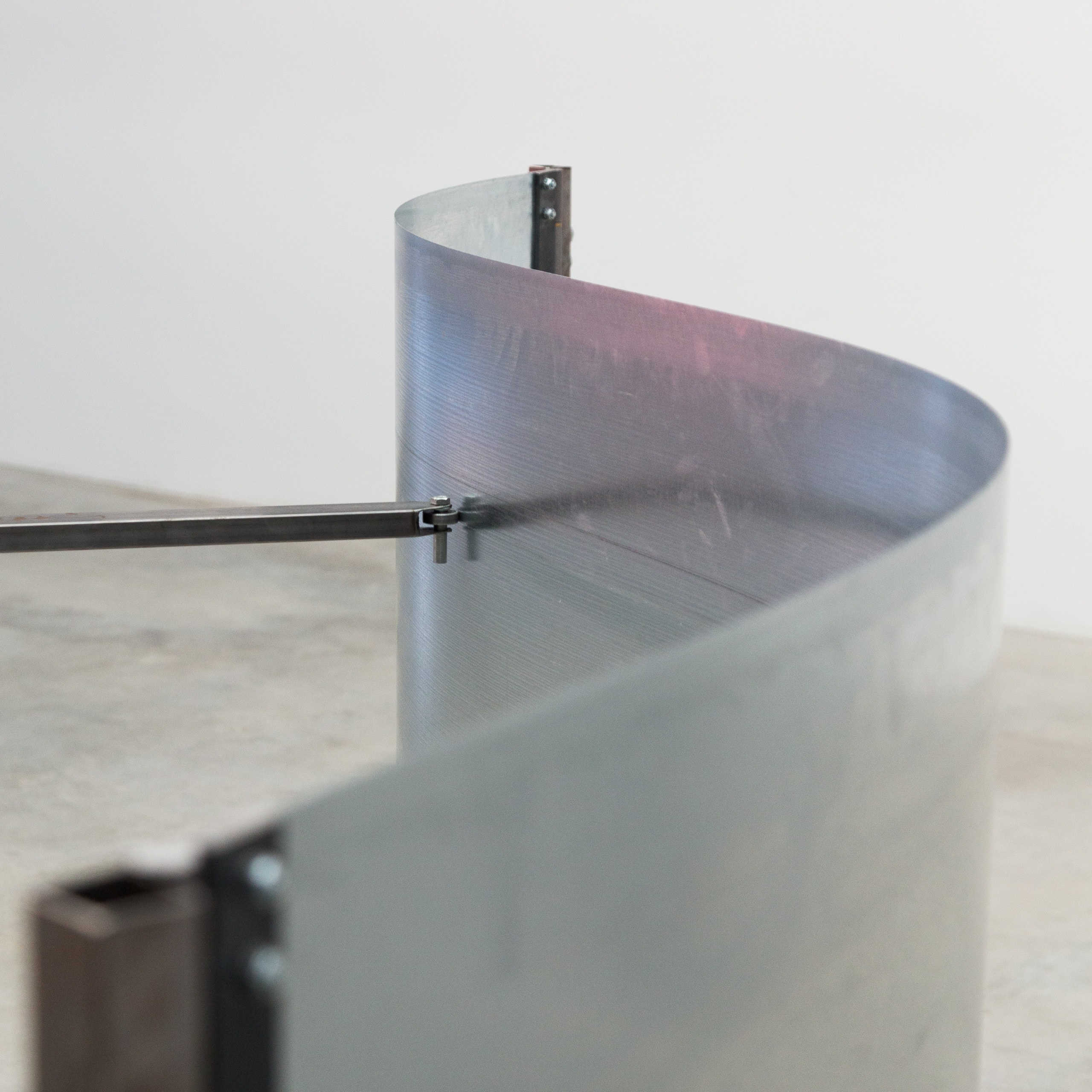 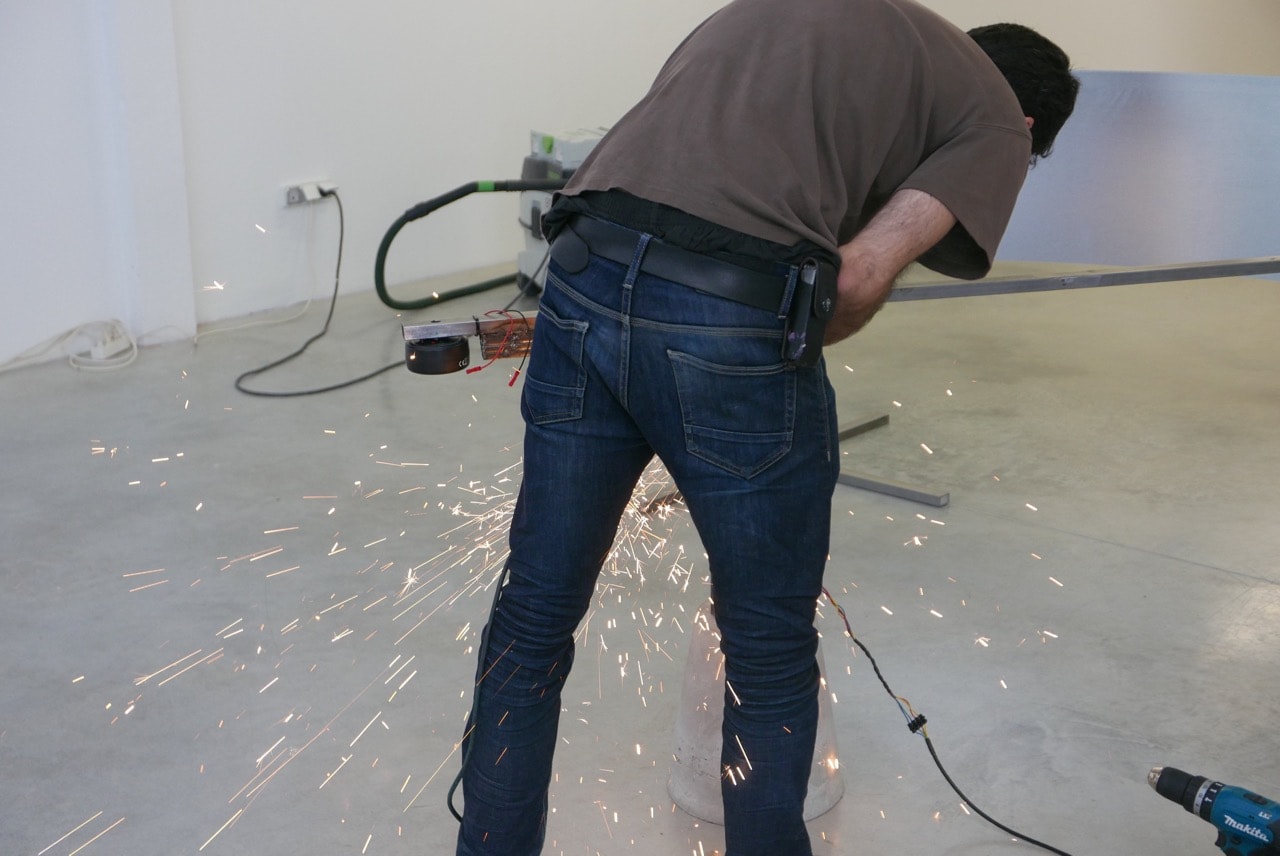 The Disaster Fold (Le Pli Catastrophe) is a sound installation which aims at plunging the visitor into the contemplative expectation of a phenomenon of rough break. It is about a speculative attempt : share physically a mysterious moment. A distance which we can only imagine. A phenomenon which – well that perceived – is not perceived in itself, but through its collateral consequences. The Disaster Fold is a metaphor of our civilization.

The fold, the infinity of viewing/listing points which characterizes the Baroque paradigm is a key concept which brings me to ask the following question : by approaching a perfect point of harmony, an ideal balance, do we also approach a chaotic abyss? A state of fragility such as the slightest gap would cause the destruction?

Described as the precarious stage of the morphogenesis, the metastability is this paradoxical state from which the mathematician René Thom invents the typology of the 7 elementary disasters. The Fold, and the gather are two of them.
It is interesting to notice that the theory of R.Thom has never being popular in real scientific context of application, due to the lack of being able to serve as tool to quantify or predict exactly the rough changes of the ecosystem or the human beings. So, this is why his works brings much more interest for peoples working on philosophy and fundamental mathematics fields.

In my own work, the interesting part in this theory is the desire to make the physical experience. To understand the genesis by questioning territories of senses which are out of the scientific rationality field.

The Switch is a machine “that machinize” breaks of states. In its simplest form, its behavior is binary. In contemporary computing, this type of behavior is omnipresent. But what the computing does not handle, it is what is present between two discreet said states. So, the interstice not existing, the treatment is not made between 0 and 1. But either 0, or 1.

What realy interests me is the hypothesis of a materiality of what exists “in between”, and the temporal progress to reach there… From when pass we exactly from 0 to 1 ? Of what nature is the substance which separates the moment or the mechanical action is going to make tip over the material towards another state?

This space-time relationship which we can only imagine would be – according to a definition of the l’inframince concept by M.Duchamp – the sliding ” of a quality in its opposite, from convex to concave, from male to female, from space to time […] “.

This hunting of the infinite point of break constitute the vertebral column of my topic: the disaster.
The decomposition of the catastrophic scenario modelled in the present work is established in three different states: